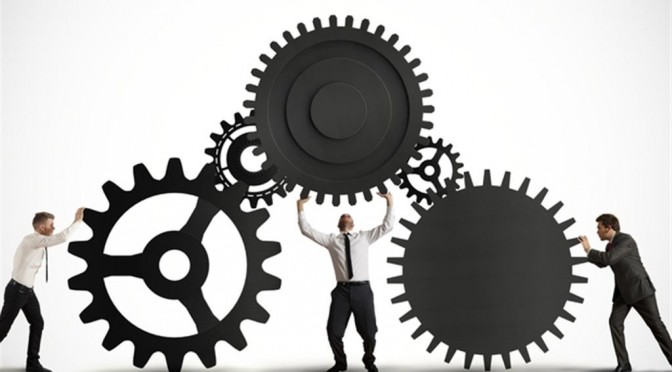 Organisations becoming concerned where the next innovative idea will come from have begun to explore open innovation and crowd-sourcing. Some organisations are concerned with venturing into an entirely new innovation process. Others have embraced these new methods yet did not fully appreciate the risks, or opportunities, engaging external resources with innovate. Open innovation principles stem from classic innovation principles such as idea generation and selection (Campbell, 1965). As with all processes, success relies on implementing suitable methods to organize, monitor and manage progress.

Organisations understand one of the significant advantages of open innovation is the potential for idea-generation with the sheer volume of prospective ideas. As organisations’ main experience of cultivating ideas is internal; open innovation has been used build high-quality ideas banks. Rather than being constrained to the finite number of employees to produce ideas for existing problems, external experience and intelligence could be utilized. The logic is simple: if anyone can provide solution ideas, (the statistical principle is) the more ideas generated the better the quality of the best one is likely to be. The advantage to casting the net widely to capture significant quantity of ideas may mean the average the quality of ideas is extremely low; yet the possibility of one to be spectacular is greater.

“The more ideas generated the better the quality of the best one is likely to be.”

Secondly, a lesser-known advantage of open innovation is that the value of ideas generally increases with the level of variability. Studies found organisations believed only employees possessing the industry and strategic knowledge could judge on validity of ideas. Yet opening idea-selection process externally could generate significant value, harnessing distinctive expertise and perspectives, in selecting most successful ideas. This selection principally builds a majority consensus thus selecting the most popular idea. Therefore the deviant and extreme radical viewpoints with be marginalized, thus the remaining options will tend towards mundane and ordinary incremental improvement. The outlandish and revolutionary viewpoints are necessary to produce disruptive innovation (Berglund, 2004).

With organisations moving a more processing into the digital space and the prevalence of internet technologies open innovation will increase in popularity. As seen in the case of SAP establishing a platform to enhance their existing eco-system is paying dividends. They are flexibly using both open idea creation and selection processes dependent on their needs. It was highlighted that open innovation is based on traditional theories yet traditional approaches do not scale to large audiences, nor support shorter implementation cycles. The SAP Idea Place provides a simple platform to co-innovate with customers and partners. Traditional product feedback relied solely on user groups or costly one-to-one interactions, which is unsuitable to open selection.

“Outlandish and revolutionary viewpoints are necessary to produce disruptive innovation.”

Not only are SAP benefiting directly, established partners have used the Idea Place to define products or solutions to address specific customer needs which have not been prioritised by SAP. This enables the ecosystem to scale while SAP plays a more supportive, enabling role. The lack of physical product and large install base has lent itself to this more collaborative method of working. As highlighted in the SAP case, the control of the environment is fundamental to the commercialisation of the numerous ideas generated via the open innovation model (Rodgers, 2012).

In the arena of physical product creation with the need for differing levels of resource to manufacture goods, open innovation may be restricted to the ideation phase of the innovation process. The majority of opportunities would exist in more collaborative endeavours, where the various parties are able to share resources; physical, technical, financial or physical. This type of collaborative innovation and partnering approach has existed for many decades and we could conclude that this is not a form of open innovation. As the number of involved becomes controlled this would form of closed innovation group resource sharing and joint commercialisation efforts in order to maximise revenue generation.

Thus concluding open innovation regardless of its theoretical potential will struggle to produce significant breakthroughs or revolutionary inventions without substantial corporate sponsorship.

Berglund, H. (2004). Interesting Theories of Innovation: the practical use of the Particular. Department on Innovation, Engineering and Management.